As the majority of North Americans seem stubbornly resistant to the idea of diesel power for their cars, most manufacturers have simply not bothered offering anything apart from gasoline engines.

The price disparity between the two types of fuel certainly hasn’t helped diesel’s cause, but some of the refusal to change also stems from perceived noise and refinement issues.

Now, to help dispel some of the myths, Chevrolet has embarked on a campaign extolling the benefits of diesel. Of course, there is an ulterior motive behind this work: last year, it was announced that a diesel-powered Cruze is to be launched in the United States sometime during 2013. 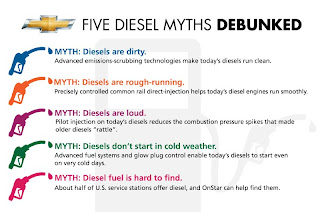 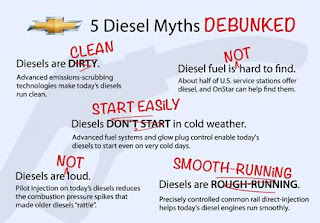 Whether buying habits will be changed remains to be seen, but in a market where diesel cars currently account for just three percent of sales, Chevrolet is going to have a tough task convincing customers to switch.